What is 960H Technology?

960H is a resolution used in analog CCTV equipment. 960H presents the number of horizontal pixels in a video signal transmitted from a camera or received by a DVR (Digital Video Recorder). The resolution of 960H depends on whether the equipment is PAL or NTSC based: 960H shows 960 x 576 (PAL) or 960 x 480 (NTSC) pixels. 960H shows an increase in pixels of some 30% over standard D1 resolution, which is 720 x 576 pixels (PAL), or 720 x 480 pixels (NTSC). The increased resolution over D1 comes as a result of a longer horizontal scan. The difference is that whilst D1 has a 4:3 aspect ratio 960H has a 16:9 widescreen aspect ratio. The extra pixels are used to form the expanded area to the sides of the D1 image. The pixel density of 960H is identical to standard D1 resolution so it does not give any improvement in image quality, solely a wider aspect ratio.

What are the advantages of 960H?

What is the difference between 960H and Lorex’s HD security camera systems?

If you have 960H analog camera connected to a 960H DVR, the DVR will recognize the full 700 TV lines of resolution. Combined, the 960H camera and DVR will provide a sharper, more detailed image.

Note: Since 960H images are larger than D1 images and higher in resolution, recording at 960H will need more hard drive storage space than recording at D1.

In order to provide and record true 960H video, you will require a 960H security DVR and a 960H- capable video security camera. A 960H DVR will provide 960H high-resolution video for recording and live-viewing, as long as the analog security camera connected to it is 960H-capable, and able to provide at least 650 TV lines of resolution.

960H technology produces a cost-effective analog solution for acquiring higher-resolution video that is sharp, detailed and well-suited for capturing facial identification, license plate recognition and the capability to zoom in on details. 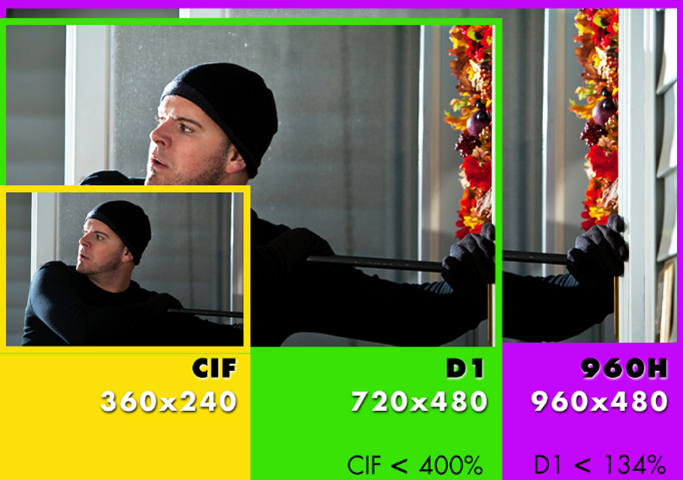 Clearly, a 720p picture includes much pixels than 960H resolution. In addition, due to use progressive scan imaging technology can essentially decrease motion blur effect, 720p CCTV camera is better suitable for video surveillance that including motion scenes.

In 2014, in order to keep the market share of Effio chipsets, Sony released Effio-A and Effio-V ISPs which can bring over 700TVL (750TVL, 800TVL) resolution images. In addition to over 700TVL resolution image quality, these two image signal processors support many user-friendly features including automatic theme detection, Automatic Defog function.

Formerly, security and surveillance cameras were often unaffordable, difficult to implement, and were unable to produce clear, detailed video feeds. Fortunately, with new innovations and technology, the previous limitations are no longer an issue. State-of-the-art video surveillance systems for HOA neighborhoods now have advanced features that can be easily found and purchased at reasonable prices. Some of the best choices and prices available are suggested by trusted online security camera suppliers.

Modern HOA video surveillance systems are designed with features such as remote availability, scene change notifications, motion detection, tripwire settings, thermal imaging, and more. These features are no longer minimized to security surveillance cameras used by major corporations, governments, and the military but are alternatively available to homeowner associations of varying sizes. Residents of HOA communities expect their association to produce comprehensive security which should include HOA security cameras.

The presence of HOA security cameras assures residents that their association makes the safety and security of the community a top priority. Residents can rely on these security surveillance systems to insure their property and loved ones are safe from an uncertain world. Unfortunately, neighborhood instances of crime have been constantly on the rise in major American cities. 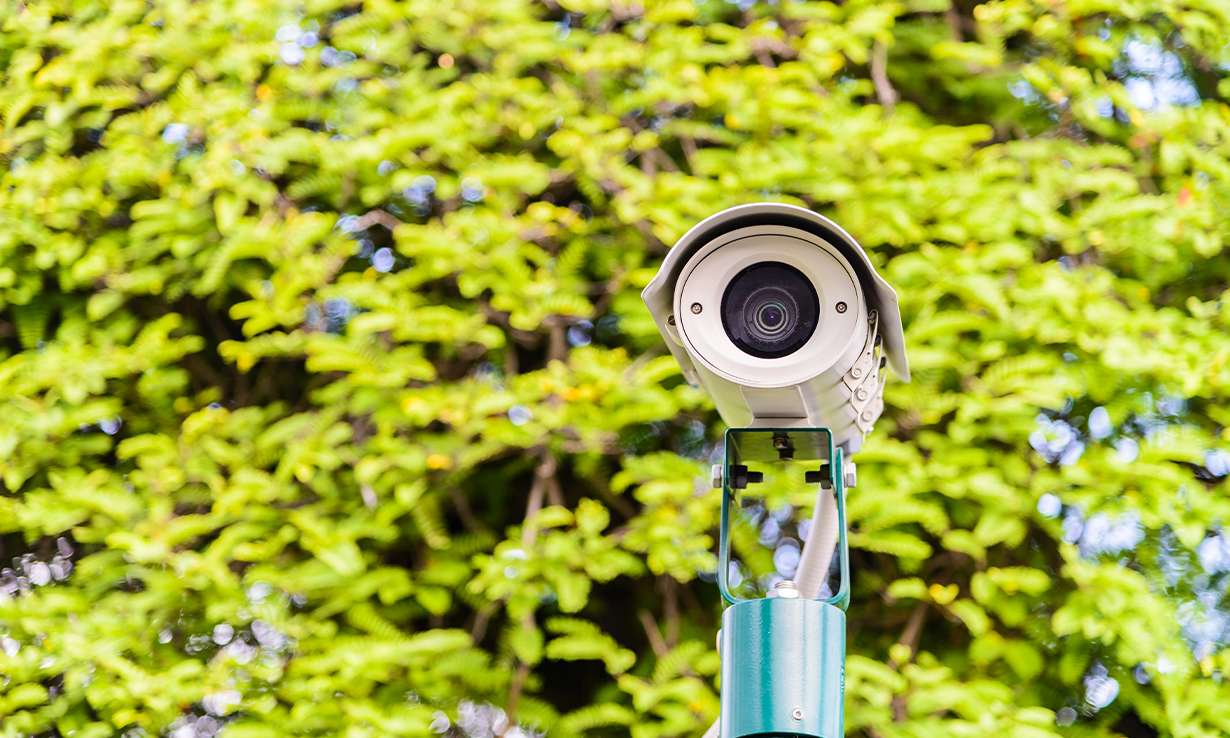 Another popular feature with video surveillance systems for HOA neighborhoods is remote video monitoring services made possible through remote accessibility. The increasing interconnectivity of devices has raised into the security surveillance camera industry. Remote accessibility lets users the ability to the view live video feeds of security surveillance camera from any network connected device. A remote video observing service capitalizes on this feature.

These services produce homeowners association with twenty-four-hour monitoring of video feeds by highly experienced security specialists. Services like these have become significantly popular for their astounding effectiveness in conjunction with HOA video surveillance systems for these communities. Remote accessibility lets any user with login credentials to view detailed video feeds using laptops, desktops, smartphones, tablets, and other network-connected devices.

Another innovative feature of modern HOA security cameras is their ability to be integrated with other security and surveillance products, including video doorbells. Video doorbell cameras and video intercoms have become a popular security product with homeowners associations for their convenience and ease-of-use. These two security products let residents to see the entrance of their home and can be programmed to alert them when someone approaches the door.

Video doorbell cameras and video intercoms give residents and HOA communities an extra layer of security that is convenient and useable. Maybe the most useful quality of these products is their ability to alert a resident of suspicious activity, which can then be shared with the whole community. This creates a powerful deterrent against crime, which HOA neighborhoods can take advantage while providing an advanced way of answering the front door.

HOA video surveillance systems like neighborhood IP network security cameras provide levels of detail that are unprecedented. In the past analog CCTV security cameras could only produce blurry and often undetailed video feeds, which could be difficult to use. Another disadvantage to these older models was their requirement to stay physically connected to a power source and the rest of the system.

In contrast, the video surveillance systems in HOA neighborhoods of today are able to connect wirelessly over long distances and can produce clear, high-resolution video feeds.

HD-CVI vs HD-TVI vs HD-AHD: What is the Best HD Security Camera Type?

HD-CCTV (High Definition-Closed Circuit Television) is CCTV’s response to the IP cameras high definition image quality. This technology can transfer uncompressed high-definition video over point-to-point coaxial cables. The biggest advantage we saw at the advent of HD-CCTV was the fact that newer HD-CCTV cameras did not require cabling upgrades. The original coaxial cables from the CCTV era had enough unused data spectrums that they could be used for the new HD-CCTV cameras. This made it easy to install brand new cameras while not requiring to overhaul your entire cabling system.

AHD CCTV is an analog high definition closed-circuit television video surveillance standard that benefits from existing coax cable to transmit 720p and 1080p video resolutions HD video from security cameras to DVRs. AHD is able to transmit up to 1080p video resolution (1920 x 1080) in an uncompressed format over the same standard coaxial cable that is used for standard CCTV cameras.

This uncompressed video format is able to transmit over longer distances than either HD-SDI or Network IP cameras and without the latency and bandwidth issues that are so regular with IP Cameras.

In addition, AHD is able to transmit video, audio and control (OSD or PTZ) over a single coaxial cable instead of requiring separate cables for each transmission. Also, it is the cost effectiveness.

TVI lets customers who already have run BNC cable, the capacity to upgrade to an HD solution without changing any wiring. One of the best things about TVI is that you can upgrade cameras consistently. TVI recorders (TVI DVRS) are Backward Compatible with Analog Cameras – if you plug an analog camera into a TVI recorder it will identify that it is receiving analog rather than TVI’s digital signal and record in analog; if you plug a TVI Camera in it will recognize the digital signal and record in HD. As the video is compressed, TVI is perfect for upgrading to HD if you have already run BNC cable, but will not replace IP cameras as the dominant cameras of the future.

TVI recorders can gain signal from TVI cameras or Analog cameras. TVI is a transitional technology to help people with already existing cable get higher resolutions. All new installations should use IP cameras and NVRs as IP can already do 5x the resolution as TVI and IP cameras are considerably easier to install.

HD-CVI (Composite Video Interface) was advanced by Dahua in 2012 and began to saw wide-release in 2014. This technology was a progress for CCTV cameras as it brought HD images and allowed for high-definition analog images to travel well over four hundred and even five hundred meters of cable.

What are the differences HD-CVI vs HD-TVI vs HD-AHD?

So what are the main differences between these technologies?  For customer the most important thing is the split in how these technologies encode videos or, to be more specific, in their DVRs. While IP cameras can encode from the camera itself, as IP cameras are primarily tiny computers, HD-CCTV’s send their data to DVRs for encoding. The problem is that each technology must use its own DVR. You cannot cross an HD-CVI camera with an HD-TVI DVR, for instance. This is important as it means the consumer will be sticking with the technology they purchase first.

(Note: Initially, even old CCTV cameras did not work with newer DVR’s, but some new DVRs have amended this. For instance, HD-CVI’s Tribrid DVR, which supports analog, HD analog, and IP channels. Having such a DVR lets one to slowly upgrade their camera system instead of being forced to do a whole system replacement just because of a bottleneck at the DVR. Nevertheless, no new DVR has yet to let these three HD-CCTV technologies to communicate with one another. If you buy an HD-DVR for HD-CVI technology, then you best stick with HD-CVI cameras or otherwise you will need to buy a new HD-DVR!) 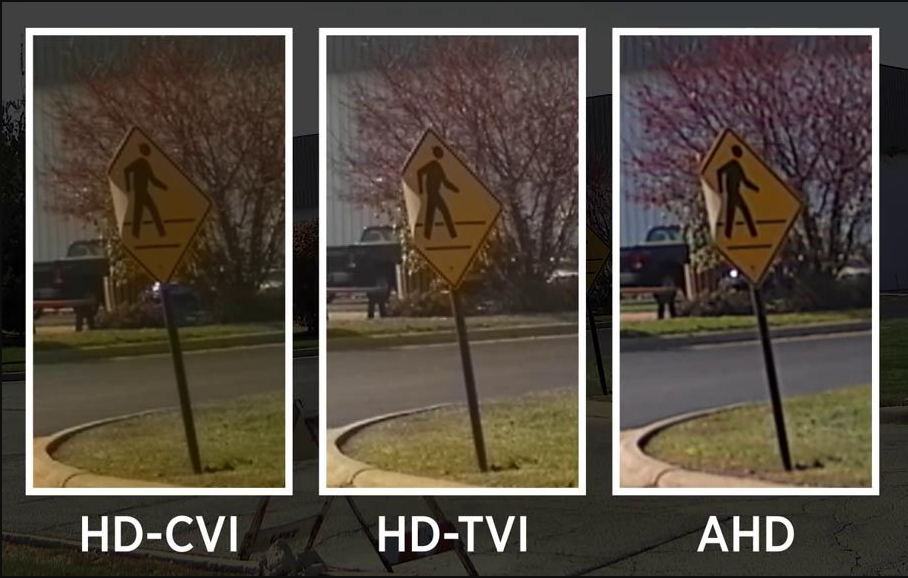 Another large difference is just who is manufacturing these technologies. HD-CVI products are both advanced and manufactured by Dahua. Based out of China, Dahua surprisingly does very little marketing, although their HD-CVI technology can at times be found masked by behind other names like HD-AVS or HD-MPX.

Contrastingly, HD-TVI was developed by Techpoint, but Techpoint is a chipset manufacturer. HD-TVI products are instead sold through other manufacturers, most primarily Hikvision which, as mentioned, is the largest camera manufacturer in the world, and LTS Security, which stands as the largest reseller. HD-TVI was also made to be open source, so there are a lot of smaller manufacturers moving HD-TVI products around the market. HD-AHD is the most notorious for being distributed by no name brands, which means its price point is also considerably lower than its two competitors. Nevertheless, as mentioned before, HD-AHD was also recently picked up by Hanwha Samsung which makes it much more formidable on the market today and especially going forward.

While these cameras have little technical differences, you are possibly to see quality issues depending on who you are buying them from. A no-name cheapo brand is definitely going to be more interested in cutting costs to ship out a low-cost product. You don’t just magically cut manufacturing costs, quality is going to be taking a hit somewhere. If you are a customer, you just need to keep in mind that you get what you pay for. If you’re seeing giant gaps in pricing between similar products then you also need to be looking at who is manufacturing the product.

Finally, these technologies are not that different from one another. You can actually drive it down to the overly detailed technical levels, if you want, and debate about the differences between PO3100K+DH9801 and OV9712+NVP2431H sensors, but it’s just not that important to the average camera consumer. What most needs to be understood are these two factors:

– Manufacturer reputation is crucial to buying a reliable product.